The subject of food and nutrition came up recently at a gathering, as it usually does, and it was comforting to know that most people know and understand the value of nutrients such as vitamins and minerals. However, it was surprising to see most of them drawing a blank when I alluded to one antioxidant that rules them all, Glutathione. So, I thought it definitely needs me to write something.

Why are antioxidants needed for the body?

For our body to keep alive and thriving, every living cell keeps doing a number of chemical reactions. This is needed for cells to grow, develop, repair damage, and respond to environmental changes. This is collectively known as Metabolism and is essential to sustaining life. However, Metabolism is also responsible for generation of what is known as free radicals. These are high reactive byproducts of normal cellular function, if left unchecked, can wreak havoc in your body. Fortunately, human body has right set of mechanism, known as antioxidants, in place to eliminating free radicals from the body. Vitamin, certain minerals and some special chemicals such as Glutathione is are antioxidants.

Normally, our body has capability to generate some of these antioxidants itself, some from diet and sun. But, we live in a word full of toxins, radiations, pollution and unwanted metals all around us in addition to permanent stress. These add to a whole load of free radicals in our body that the normal supply of antioxidant wouldn’t be able to deal with. This is known as oxidative stress and one of the factors in aging. Higher the imbalance, faster your age.

Can we boost the antioxidants? Yes, we can. Traditional advice on this is something that you and I know.. Eat more vegetables, stay in Sun for 20 minutes, exercise and reduce stress. Yeap, there is no other magic formula other than this. You can however do these same things much better and that brings us back to the subject of Glutathione.

Glutathione is your body’s most powerful and fascinating antioxidant. It is different from other antioxidants in that it is intracellular. It has the unique ability of maximizing the activity of all the other antioxidants, including vitamins C and E, CoQ10, alpha lipoic acid etc. ,It removes toxins from your cells and protects you from the damaging effects of radiation, chemicals, and pollutants. It is naturally produced in your body as part of its magnificently designed detoxification system.

You might think that a miracle molecule such as glutathione might be a good thing to put into supplement form. Sorry, research has proven that you can’t just take a tablet and forget it. Our digestive process breaks it down into other substances and it is mostly lost when it reaches the bloodstream. You can however do something else, you can boost our internal capability to produce Glutathione by ensuring we have the building blocks. 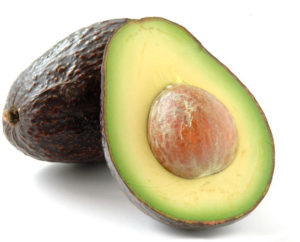 Raw green vegetables and fruits contain another antioxidant called ALA (alpha lipoic acid) that boosts the Glutathione production. By itself, ALA is essential in fighting free radicals but helping boost Glutathione level is an added benefit. But don’t get confused with the ALA listed on certain processed foods, most likely they are talking about Alpha linolenic acid, something completely different.

Sulphur containing amino acids are glutathione precursor. Foods such as eggs (unpasteurized), milk (unpasteurized),  garlic, onions and fresh meats are good sources of it. Then there is NAC (N-acetyl-cysteine) that can be taken as supplement and it helps in boosting glutathione levels.

Most cruciferous vegetables such as broccoli, brussel sprouts, cabbage and cauliflower contain a chemical called CHB (cyanohydroxybutene) that increases glutathione levels. However, if you are suffering from gout, you should stay away from cauliflower as it contains high levels of purine.

Selenium: If you’re low in selenium, then your body can’t produce optimal levels of detoxifying glutathione-based enzymes. Best source of selenium are Brazil nuts. In addition, most seafood also have good amounts if selenium in them. However, if you don’t get brazil nuts where you live, and you are vegetarian, you can get selenium in sunflower, sesame, chia and flax seeds.  Mushrooms are also another great source.

I hope this helps in knowing the importance of the master antioxidant and ways you can bring its levels up. Just focus on above building blocks and avoid things that deplete them. 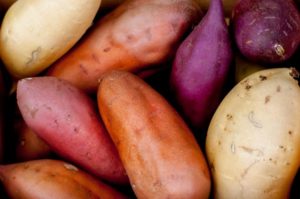 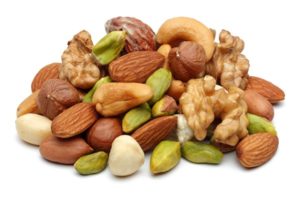 June 3, 2018March 15, 2022
My earliest memories of going to a hospital somehow always comes with a memory of a bunch of healthcare workers...
August 17, 2017March 16, 2022
I have eaten eggs almost all my life and I guess it's one of the breakfast staples at your house...
June 23, 2017March 15, 2022
Large corporations in America use every trick allowed by law of the country, and some tricks manipulated by industrial lobby...
June 22, 2017March 16, 2022
Just a couple of years back, it would have been very hard for someone in America to find coconut oil...
January 10, 2017March 15, 2022
Every year we come across new crash diet and fashionable nutrition trends that we haven't seen before. From Quinoa, Chia...